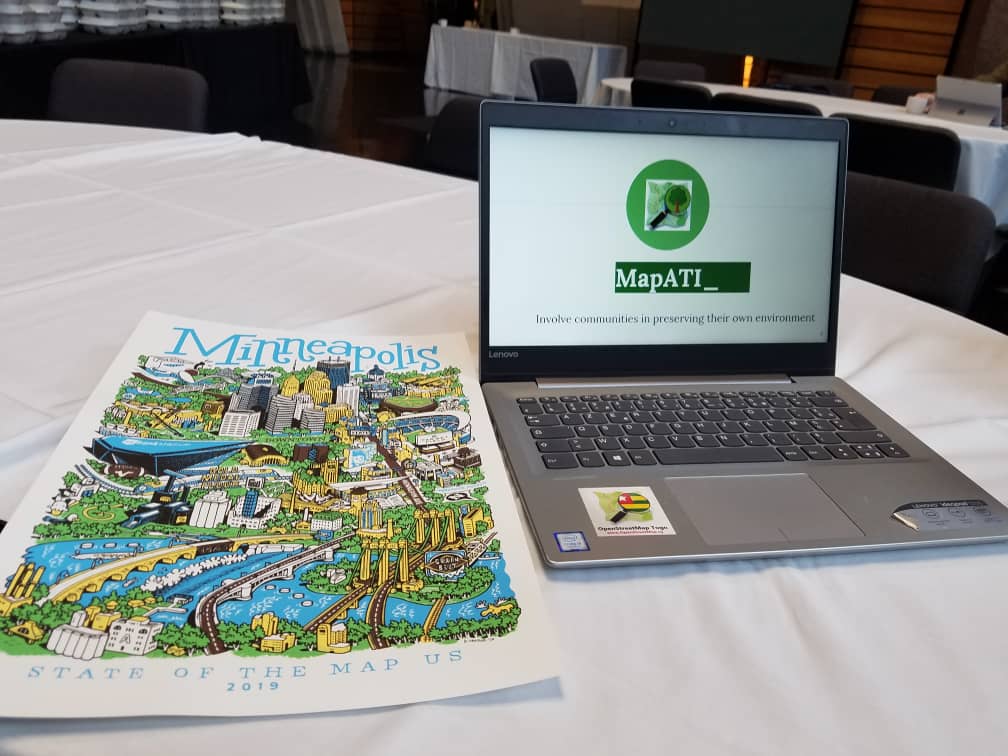 As part of its 2019 Call for Ideas, CartONG is supporting two volunteer initiatives this year, called MapATI and YAKA. In this article, we invite you to discover more about the MapATI project which aims at raising awareness about the lack of urban green spaces in the Atikoumé district of Lomé (Togo).

MapATI is a volunteer project led by Aimée Sama, who had the opportunity to present her initiative at SOTM US in Minneapolis and SOTM World in Heidelberg. After a Bachelor's Degree in Lomé, followed by a first year of Master's Degree in Grenoble, Aimée is currently continuing her studies and doing the second year of her Master's Degree in health geography at the University of Paris Est-Créteil. Member of the OpenStreetMap-Togo community since 2015, Aimée has been a volunteer at CartONG since March 2019 and she has participated in many mapathons.

Objective of the MapATI project

The MapATI project means tree mapping (''Map'': cartography and ''ATI'': tree in the Mina or Ewe language). Its main objective is the use of participatory mapping on OpenStreetMap as a tool to fight against urban heat islands and raise awareness among local populations about the lack of green spaces.

The whole challenge of this project is to map green spaces in urban areas in order to assess the impact of urban heat islands in cities and to encourage a tree planting policy. This mapping will initially be done through a combination of mapathons and field data collection using tools such as OSMTracker and OsmAnd on smartphones, as well as through the use of Field Papers and conventional GPS. In a second phase, it will be a question of analyzing the data collected with free and open source mapping software such as QGIS.

After this spatial analysis, the results will be presented in the schools of the mapped neighborhoods in order to raise awareness among students about this key environmental issue as well as collaborative mapping.

The MapATI project will be inaugurated by a two-city Missing Maps mapathon to be held in Grenoble and Lomé on Saturday, March 14th from 2pm to 5pm: more information here. The first activities will then take place in Lomé in the Atikoumé district during the week of March 16th, in partnership with the OpenStreetMap-Togo association and with the support of a team of volunteers trained in data collection techniques and passionate about climate change issues.