This article was originally published in July 2019, and later updated in September of the same year following the end of the project.

CartONG was in Haiti in June as part of the project "Vil nou nou pi si pou fanm yo" (literally "Our city is safer for women"), an initiative led by CARE's office in Jeremie and funded by UN Women.

Participatory mapping: a relevant tool to fight against gender-based violence 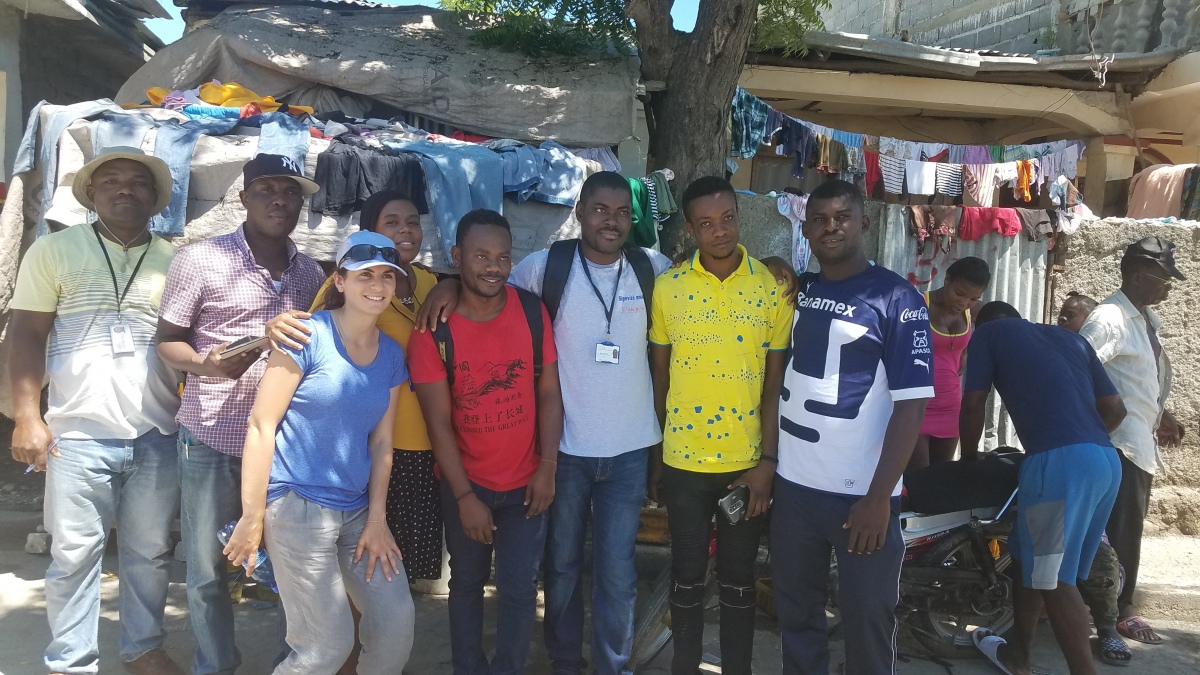 This project specifically aims to identify and map unsafe or high-risk places of gender-based violence in 7 neighborhoods of the city of Jeremie, using a co-construction approach with the communities of youth and women living in these target districts.

In this project, CartONG's role was to provide support in participatory mapping. The support provided by our team was to take place in two separate phases: first as part of a two-week field mission in Haiti, then as part of a post-mission remote follow-up to CARE's teams in Jérémie.

As such, CartONG developed a participatory mapping workshop methodology adapted to the specific needs of "Vil nou pi si pou fanm yo" and centered around the uMap tool, then trained CARE Haiti's teams in its use and supported them in a first implementation in the pilot district of Sainte-Hélène. The other 6 districts will then be covered independently by CARE's teams in Jérémie, with remote support from CartONG.

A two-step mission: training of CARE's teams and participatory workshops with local communities 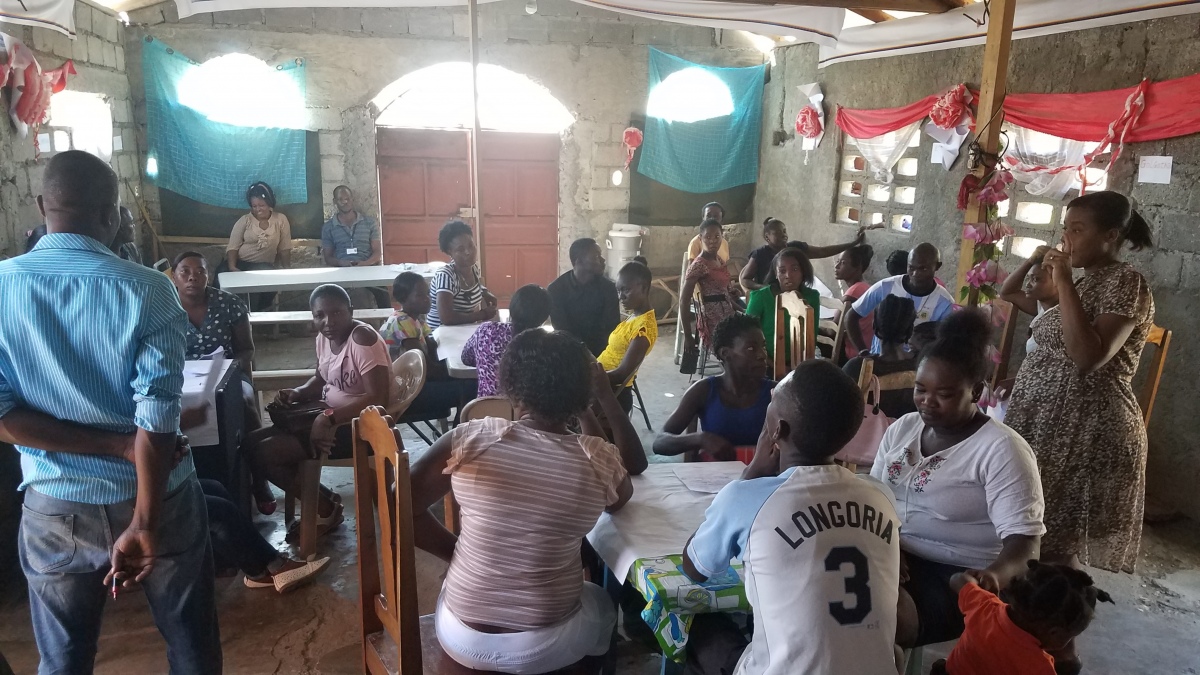 As a first step, CartONG trained 13 members of the CARE Haiti's team during two days in the use of uMap and the methodology for conducting participatory mapping workshops developed for the project. CartONG chose to use the uMap platform, a tool developed by OpenStreetMap, because of its ease of use for people who are not experts in geographic information systems (i.e. polygons, dots and lines can be added manually like on OSM, and legends can be easily added and edited) and its ability to generate shareable maps via a simple URL link. 7 uMap maps - one for each neighborhood - are to be produced by the end of this initiative in August 2019. Each of them will represent the places considered unsafe by the communities consulted during the project, as well as the solutions they recommend to address the violence encountered in their own neighborhood. 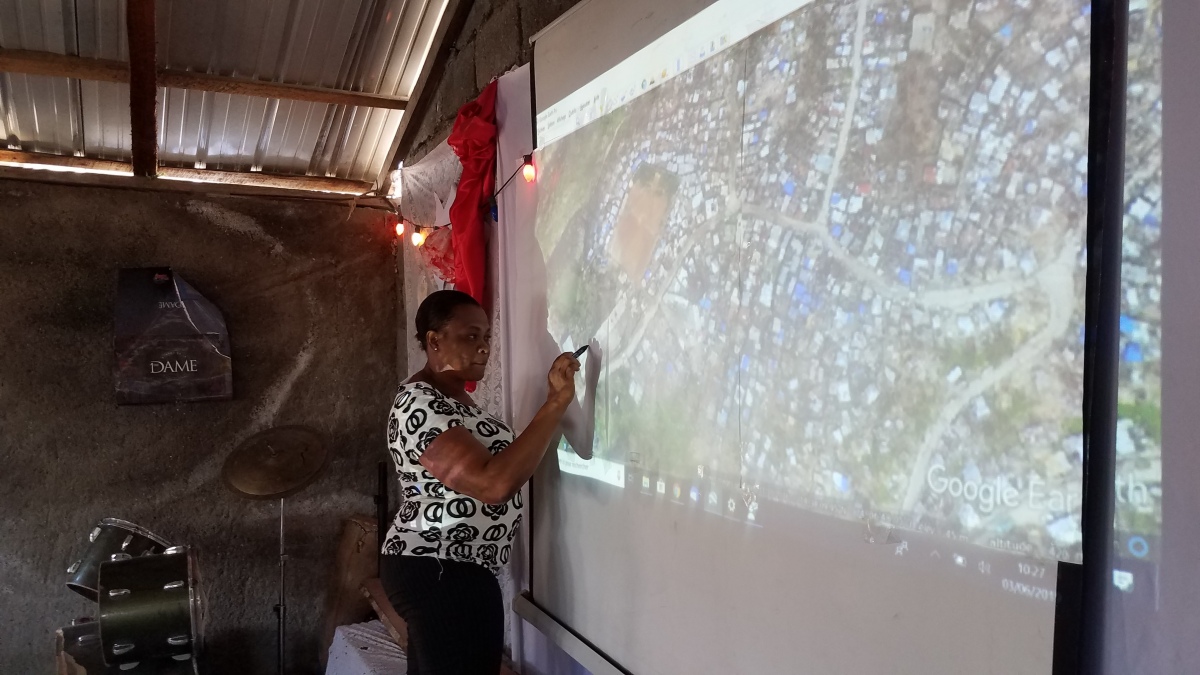 Subsequently, CartONG and 6 CARE Haiti's community mobilizers organized 4 participatory workshops in the pilot neighborhood of Sainte-Hélène, with 25 inhabitants and members of community associations. It should be noted that a series of several mapathons organized by CartONG in Paris prior to these workshops made it possible to update the OSM background map of the city of Jeremie using a 2016 drone image (made available by Potentiel 3.0). This project is the perfect illustration of the potential of collaborative tools such as OpenStreetMap, which in this case allowed the imaging of a previous emergency project to be reused as part of a development project. Thus, thanks to a relatively up-to-date OSM map and the use of a video projector, workshop participants were able to accurately locate the places where violence occurs and propose solutions to resolve this issue, such as expanding or better lighting alleys, or setting up gender-awareness workshops in the schools on Sainte-Hélène. During these first 4 workshops, CartONG's role consisted in supporting CARE's team in logistical and operational implementation, but above all in ensuring that the participatory mapping methodology was well-assimilated so it could be easily replicated.

Follow-up to the field mission

Following the mission, CARE Jérémie's teams continued the workshops in the other 6 target districts of the project by replicating the methodology proposed by CartONG, with the support of our remote team both on the implementation of the workshops and for the assistance in the production of uMap maps. All 7 uMap maps produced are currently being used as awareness-raising tools for Jérémie's security and justice stakeholders, as well as on a larger scale, for all the city's youth and women's communities. CARE teams in Jérémie also asked CartONG for help in producing paper maps more suitable for conducting the awareness sessions.

This work was not initially planned as part of the project, but thanks to the mobilization of a CartONG volunteer, it was possible to complete it in a very short amount of time. The 6 paper maps produced represent the high-risk areas as well as the types of violence encountered by the inhabitants (see below on the left, click on it for full size). These maps are also accompanied by a summary document of the solutions formulated by the participants during the workshops classified into 5 categories: urban planning, support/health, education, awareness, work, places of exchange, justice/security (see below on the right, click on it for full size). 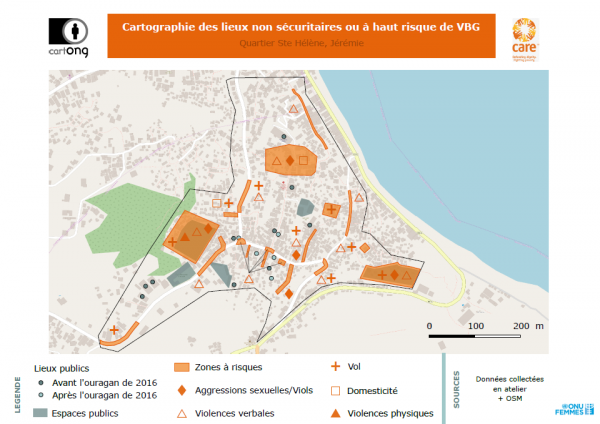 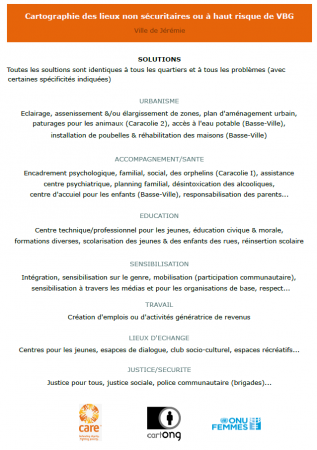 In addition, these cartographic products will also help guide the type of gender-sensitive urban development actions to be implemented within the framework of the existing "Urbayiti Vil Nou Pi Bel" project, financed by the European Union and the French Development Agency (AFD), whose objective is to increase the resilience of the city of Jeremie to natural disasters by strengthening: i) the socio-economic fabric of the city, ii) civil protection and population awareness of disaster risks, iii) sustainable housing rehabilitation, and iv) widespread access to basic services.

This project was a first interesting opportunity to develop a participatory methodology based on our experience in both participatory mapping on OSM and sensitive mapping. We are currently considering proposing this methodology for other participatory urban projects, do not hesitate to contact us if you have suggestions for projects of such type or partnership proposals!